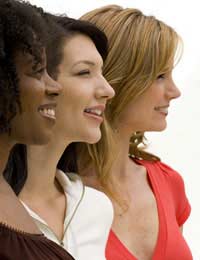 Group therapy is a common treatment option for individuals recovering from eating disorders. Not all anorexics, bulimics and/or binge eaters attend group therapy, or “group” as it is sometimes called, but those who do often learn valuable information about proper nutrition and self-care, have the opportunity to explore some general issues (which leaves their individual therapy sessions open for more specific topics), and find solace in the acceptance and support generally offered by other group members. There is no set path for group therapy, so the type of group attended and the length of attendance will vary on a case by case basis.

Some groups will only accept members of particular genders or ages while others will be open to all. Some groups may expect all members to participate, others will allow individuals to remain silent as desired. The frequency with which groups meet will also vary, though at least monthly meetings are the norm with some groups meeting several times per week.

Assignments may be given for individuals to concentrate on throughout the time between sessions, and some further reading may be assigned as well. All groups and group therapy sessions will be led and facilitated by a qualified therapist.