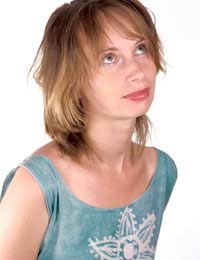 Rationale emotive therapy also known as rationale emotive behaviour therapy (REBT), is a type of cognitive behaviour therapy in which an individual is taught to examine his or her thoughts, beliefs and actions to determine which are negative and self-defeating. When these negative thoughts, beliefs and actions are identified, they are then logically examined and disputed, and ultimately replaced with equally logical, positive and life-affirming alternatives.

This type of therapy has been used successfully with patients recovering from eating disorders, though it is often used as a part of a more varied treatment plan which includes multiple methods of treating the physical and emotional aspects of an individual’s eating disorder. Rational emotive therapy should only be conducted by trained and qualified individuals, and patients always have the right to ask to see proof of such education and experience if they so desire.

One method of treating eating disorders is rational emotive therapy. This therapy concentrates on helping an individual pinpoint the negative beliefs, thoughts and actions that currently contribute to their eating disorder. When the individual is able to identify such thoughts, beliefs and actions they are then taught to “dispute” them, and ultimately replace them with more logical, and positive, alternatives. For example, a woman who routinely thinks of herself as stupid will be taught to identify the current core of these thoughts, to rationally dispute them, and to then replace them with thoughts of all of her many talents. It is believed that the reduction in these negative thoughts, beliefs and actions will reduce the severity of the eating disorder as well.

Common treatments for eating disorders include individual counselling or talk therapy, family counselling, alternative forms of cognitive behaviour therapy, attendance at support groups or group therapy, and nutritional counselling and planning. In some cases medicine might also be prescribed to treat associated conditions such as depression.

No matter what is involved in the treatment plan, if a treatment method does not seem to be working then both the patient and medical/mental health professional should always feel comfortable asking for changes. However, much of the recovery from an eating disorder can be mentally draining and/or painful, so it should not be expected that treatment plans will be altered just because they are not easy.

Further information on rational emotive therapy, eating disorders and individualised treatment plans can be obtained from a GP, private mental health professional or from the Eating Disorders Association and/or National Centre for Eating Disorders.