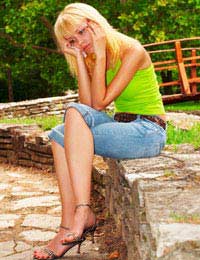 Eating disorders are recognised mental health disorders and are diagnosed according to mental health criteria, but they are usually discovered by family and friends due to an individual’s behaviours regarding food, eating, body image and weight issues. Very often it is how individuals act about these subjects in social settings that are the most telling. In general, many eating disorders will leave individuals withdrawn from their previous social lives, avoiding social settings that involve food and uninterested in activities that they previously enjoyed. As these are often similar signs of associated conditions such as depression, it is important to get professional help for anyone whose behaviour has noticeably tended towards listless, isolated, apathetic or even secretive.

An individual’s withdrawal from his/her regular social life is a common sign of an eating disorder, though it may result from a variety of factors. Individuals suffering from eating disorders are often hyper-critical about their appearances, and this dissatisfaction may lead them to avoid public settings. They may also wish to avoid the settings at which they previously spent time, particularly if they revolved around food or drink, such as cafes, restaurant or pubs. Individuals suffering from eating disorders may also withdraw from their social lives because they require them to give up too much control and follow a group plan, or because they have become depressed and a general apathy keeps them from making and keeping plans.

Many individuals suffering from eating disorders will avoid social settings that involve food, even if they continue to engage in other social activities. For anorexics, this may be because they do not want to be forced to eat foods or amounts of food with which they are uncomfortable. Binge eaters and bulimics may avoid social settings involving food as they fear that they will be helpless to stop “grazing” or eating for as long as food is available, even if they become full before this point. Bulimics may also avoid social settings involving food for fear that they will be unable to secretly purge afterwards. Individuals suffering from eating disorders may also avoid eating or being near food in public as the associated thoughts about their weight and/or appearance may become too much for them to cope with and lead them into further abnormal behaviours.

In addition to a general withdrawal from social life and/or a specific avoidance of social settings involving food, individuals suffering from an eating disorder may also lose interest in activities which they previously enjoyed, even if these are relatively private or home-bound activities.

Unfortunately, due to a preoccupation with preparing food, eating food or working off food such as through excessive exercising or secret purging, there is often little time left for other hobbies. Some public activities, such as book clubs or craft groups, may also be avoided due to worries about food or privacy.

For further information on the social signs of eating disorders, contact a GP, private mental health professional or from the Eating Disorders Association and/or National Centre for Eating Disorders.