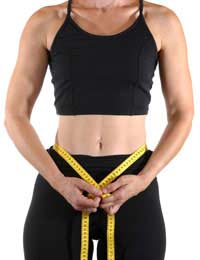 Anorexia is an eating disorder that manifests itself through an intense fear of gaining weight and body fat, and results in behaviours such as extreme dieting, outright fasting and excessive exercising to burn calories. Most anorexics do not recognise their behaviours as dangerous and may be so rigid in their regimes that they are unwilling to consider acting in a different way. Many anorexics engage in behaviours such as: