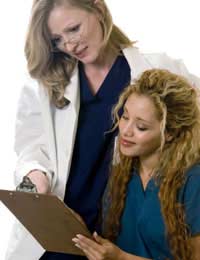 Binge eating disorder must be diagnosed by a qualified professional in accordance with recognised mental health criteria. These diagnostic criteria include cyclical episodes of over-eating and feeling out of control during episodes and over-eating episodes with at least three of the following: eating quickly, eating until physically uncomfortable, eating when not hungry, eating alone, or feeling ashamed or guilty about eating. Further criteria include expressing distress or disgust about binge eating, binging episodes that occur at least twice a week for at least six months, and binge eating without employing a method of purging (self-induced vomiting, excessive exercise, etc.) afterwards.

Medication is not often used to treat binge eating disorder, though appetite suppressants may be used under medical supervision and some medications, such as anti-depressants, may be used to treat associated conditions.