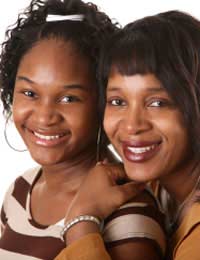 Confronting a suspected eating disorder will never be pleasant but often it is necessary to literally save someone’s life. Eating disorders such as anorexia, bulimia and binge eating disorder all bring with them inherent health risks that can lead to life-threatening conditions such as heart disease and heart attacks, to name only two.

The longer eating disorders continue, the greater the risk to a person’s long-term health. If eating disorders are suspected, they should be confronted immediately and professional help should be sought to begin both physical and mental/emotional healing.

Explain that their behaviours have been observed and that they are suggestive of an eating disorder. Tell the individual that they are loved and that it is concerning others that they are putting their health in jeopardy. Finally, tell them their options for getting help and how their eating disorder is usually treated. When they are ready, help them to make contact with the medical and mental health professionals who will diagnose and ultimately treat them.

Confronting a suspected eating disorder takes a great amount of courage. Many individuals suffering from eating disorders are ashamed of their behaviours, but have no other coping mechanisms on which to rely. These individuals are not likely to welcome what they see as an invasion into their privacy, but with their health in jeopardy this “invasion” is likely justified.

Further information on eating disorders can be obtained from the Eating Disorders Association.