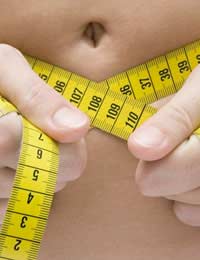 Anorexia nervosa, more commonly known as anorexia, is an eating disorder that manifests itself through an intense fear of gaining weight and body fat, and results in behaviours such as extreme dieting, fasting and excessive exercising to burn calories. There are many myths surrounding anorexia, but below you will find basic answers to some commonly asked questions about this disorder.

There is no single known cause of anorexia, though researchers are busy investigating if genetics is a contributing factor. It is known that anorexia is often linked to low self-esteem, feelings of helplessness and value that is placed upon thinness. Though it is manifested in food issues and eating behaviours, and thus described as an eating disorder, anorexia is a mental health issue as well.

What are the Signs/Symptoms of Anorexia?

Anorexia is often deduced due to an individual’s behaviours regarding food, weight and eating. Some of the common warning signs of anorexia include counting calories, skipping meals, pushing food around a plate rather than eating it, hiding food (in a napkin, under a plate, etc.) to avoid eating it, lying about eating, avoiding social events which require eating or involve food, eating only a limited number or type of food, exercising excessively, dramatic weight loss, excessive attention being paid to weight, image and fasting. As a result of fasting or severe dieting many anorexics also have little energy, sleep often, become sick often and weigh themselves regularly in order to monitor further weight loss or weight gain.

Who Is Affected By Anorexia?

Like most eating disorders, anorexia is usually diagnosed in women though there are men who suffer from anorexia as well. Approximately 90% of anorexia diagnoses across the world are in women. Like with gender, anorexia is also present across all races, religions and income levels though the stereotypical “face” of anorexia is often described as young, female, Caucasian and middle class.

In addition to those who suffer from anorexia, those close to anorexics are also affected by the disorder. Family and friends who must watch an anorexic harm themselves often feel frustrated, angry, sad and lonely but remain unable to directly help their loved ones. Anorexia thus touches entire families and communities, and those affected by another’s anorexia may desire counselling and support as well.

What Are the Health Effects of Anorexia?

Anorexics run the risk of starving themselves and thus the health risks of anorexia are akin to starvation. Severe weight loss, dry hair, nails and skin, a loss of hair or nails, anaemia, a loss of muscle mass, a loss of menstrual periods, joint problems/pain and osteoporosis/brittle bones are all associated with anorexia. Anorexics may also become extremely sensitive to cold and feel cold all the time, with blue fingers, toes and/or lips to match and in an effort to keep themselves warm, their bodies often sprout fine white hairs known as lanugo. Damage to the heart, liver and kidneys may also occur in time, and without treatment anorexia may eventually cause death.

Is there a Cure for Anorexia?

There is no single cure for anorexia, but there are a variety of treatment options. The first things treated in cases of anorexia are any physical health issue. Sometimes this will require hospital or clinic stays. When an anorexic regains some physical health then mental health issues are addressed. Often treatments will include counselling/therapy, family counselling/therapy, cognitive behaviour therapy (to change food, eating and/or exercise behaviours), the use of support groups or group therapy, and nutritional counselling and planning. Rarely is medication used to treat anorexia unless it is prescribed to treat an associated condition such as depression.

Where Can I Find Further Information About Anorexia?

Further information about anorexia can be obtained from a GP, a private mental health specialist, a nutritionist or from any other medical professional. The Eating Disorder Association is also an excellent resource for information on anorexia.

Pica Disorder
Share Your Story, Join the Discussion or Seek Advice..
I have desperately tried to get help but it seems I'm being rather ignored because I'm not underweight, therefore people believe I could not possibly be anorexic. I used to weight 206 lb. and by starving myself, dieting, excessive exercise, and becoming obsessed with my weight, calories I take in every single day I lost forty pounds. I'm slowly trying to be healthy again, with the help of my best friend. Just because some people might not look skeleton thin doesn't mean they don't suffer from anorexia. I'm dying alone here.
Fressia - 9-Apr-12 @ 6:54 AM
Title:
(never shown)
Firstname:
(never shown)
Surname:
(never shown)
Email:
(never shown)
Nickname:
(shown)
Comment:
Validate: