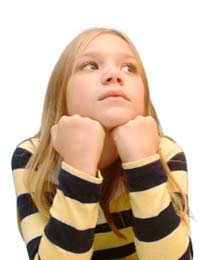 There are a wide range of reasons as to why someone might develop an eating disorder, some still not being fully understood or even known about and experts are finding that there are links between ADHD and the increased chances of suffering from an eating disorder.

ADHD (or ADD) means attention deficit hyperactivity disorder and is a term used to describe a variety of issues surrounding behavioural traits.Common behavioural patterns include poor attention, frustration, impulsive behaviours and a lack of concentration.It is now often diagnosed in childhood and thankfully parents and teachers are now able to associate behaviours with the condition instead of simply labelling someone as a ‘problem child’. This occurred frequently in the past as these children were less able to focus and concentrate in class and were often seen as troublemakers when in fact they had a condition that can be treated to a degree.

How Can It Be Linked With Suffering From An Eating Disorder?

It is thought that those suffering with ADHD might be more likely to develop eating disorders as by having more control over their food intake allows them to use it as a kind of coping mechanism. This way of dealing with their disorder provides a method of managing frustrations and anxieties and also gives them a way of having something that they can be ion control of.It has also been found that eating can help to ease some of the symptoms of ADHD and can temporarily pacify the increased sensitive and fragile emotional and mental well-being of the person.

In general the eating disorder most associated with ADHD seems to be over eating as the person may use comfort foods to make themselves feel better or use it a way focal point whilst participating in other activities which means that often they are unaware of the amount of food they are consuming. This can lead to fast weight gain as the foods used most in this way are often those that are high in saturated fats, sugars and carbohydrates. These types of foods offer a ‘quick fix’ and may be used to make the person feel better very quickly as they provide a sudden surge in blood sugars. They are however extremely bad for health if eating in large quantities or very often and can lead to weight gain and be bad for dental health.Research continues to find evidence between sugar cravings and hyperactivity and whether the hyperactivity causes the person to crave sugary foods or whether a high sugar intake may contribute to the development of hyperactivity.

Unfortunately it still remains that the condition ADHD is not fully understood, nor are the intricacies of eating disorders and women especially may go un-diagnosed with either for a long time. Some of the symptoms of ADHD can include negativity, lack of self-esteem and impulsive behaviours. As women seem to find that issues of control are seemingly most easily addressed by controlling their food intake the two disorders may co-exist for long periods of time often being confused with one another.It is essential that both ADHD and eating disorders are diagnosed independently and treated individually but understanding of the links between the two are realised in order to plan an accurate and individualised plan of care and treatment.Eating disorders are very complex and run a lot deeper than someone simply being aware of their size and body image. They are often used as tools for coping or gaining control when the person feels unable to with other aspects of their life for some reason. This has been found to be true of those with ADHD who sometimes find that food can ease their symptoms and can therefore use it in a negative way instead of the as the fuel we need to function.
Next Page

Can an Eating Disorder Affect Your Fertility?

Stomach Problems for Anorexics and Bulimics