Home > Disordered Eating > Eating According to the Time

Eating According to the Time 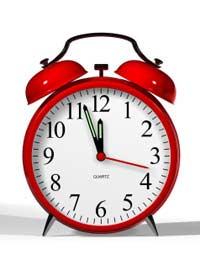 Eating According to the Time of Day

Some disordered eaters choose to eat only at particular times of day. For example, some people may feel that they can not eat food after a particular time of night out of fear that the calories will not be burned off and they will then gain weight. Similarly, some people may feel that they can only eat "heavy food" such as carbohydrates in the morning so that they can be sure to burn them off during the day. Still other people may assign types of food to particular times of day, for example carbohydrates in the mornings, proteins at mid-day and fruits and vegetables in the evening. Any food rules that are depended upon the time of day can be a type of disordered eating.

Eating with a Time Limit

Some disordered eaters also set time limits as a part of their eating habits. These people often allow themselves to eat whenever they choose, but only for a set amount of time. This can be a behaviour similar to binge eating in which a disordered eater allows him or herself to eat whatever (s)he wants, so long as (s)he adheres to the time limit, or it may be that during these blocked eating sessions the individual follows other eating patterns as well. These patterns may also include eating particular foods depending on the time of day, eating food by texture or eating food by colour. It usually turns out that the more food rules that an individual follows at any one time mean the more disordered his or her overall eating patterns.

Overcoming Eating According to Time

Like most disordered eating patterns, the best way to overcome eating according to time is to investigate why the disordered eater turned to this habit in the first place. Very often disordered eating begins as a way to lose weight or as a means of coping with emotional stress, but these are not the only reasons that someone may fall into the habit of eating at specific times or for specific amounts of time. Some people may have food allergies that they are not aware of, and it may be that they are better able to cope with their reactions at particular times of day. Others may have been "grazers" and would eat small amounts quite often and setting a limit was a way to try to consolidate their eating into one main meal. Those who eat according to the time may consider visiting a GP, nutrition professional, counsellor or therapist in order to help them discover why they began to eat in this manner and what would be the best strategies to stop doing so.

Eating according to the time is a type of disordered eating in which an individual will either eat only at a particular time of day or will only eat for a specific set time period. Understanding why a disordered eater has turned to these habits will help him or her to overcome them.